Outdated browser detected Unfortunately we do not support Internet Explorer. We recommend that you use Google Chrome, Mozilla Firefox, or Microsoft Edge.
Now Accepting New Orders!
Due to COVID-19 and limited staffing, delivery times on wheel/tire packages may be delayed. We appreciate your patience and continued support with our business. BUILD NOW › 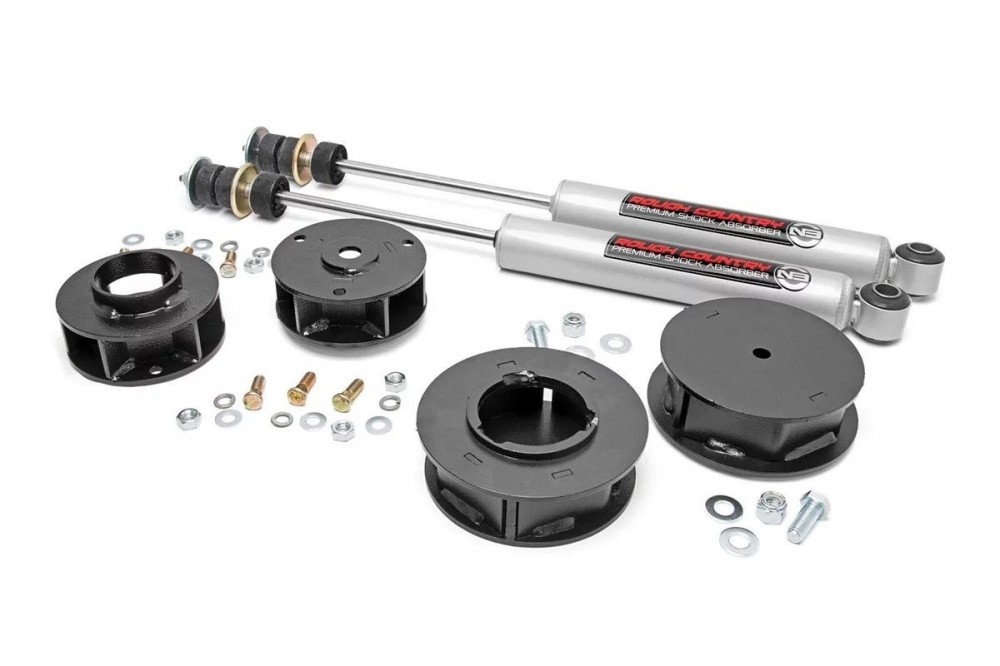 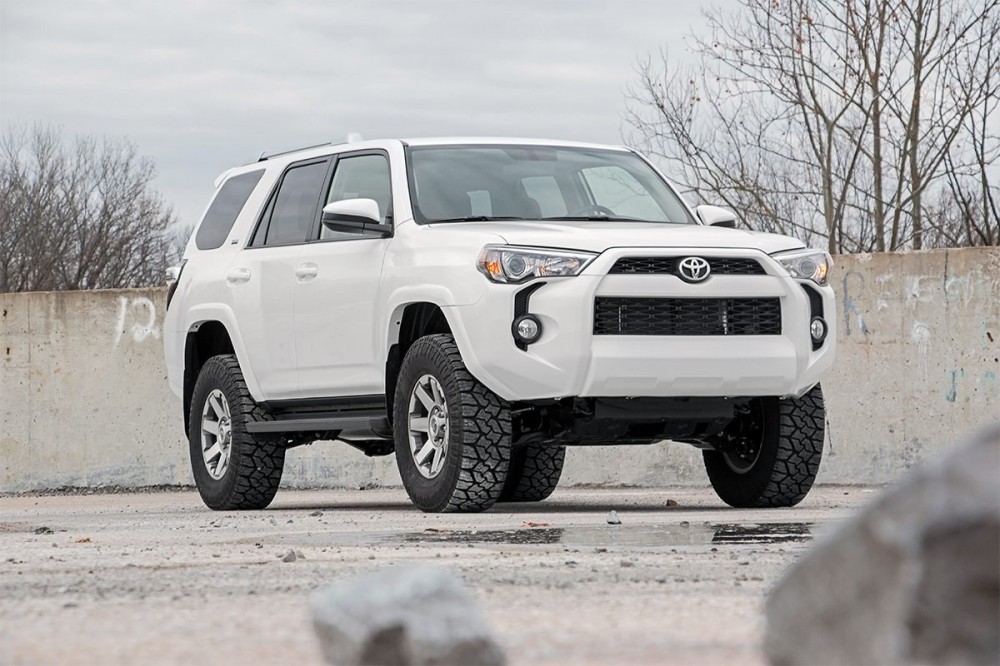 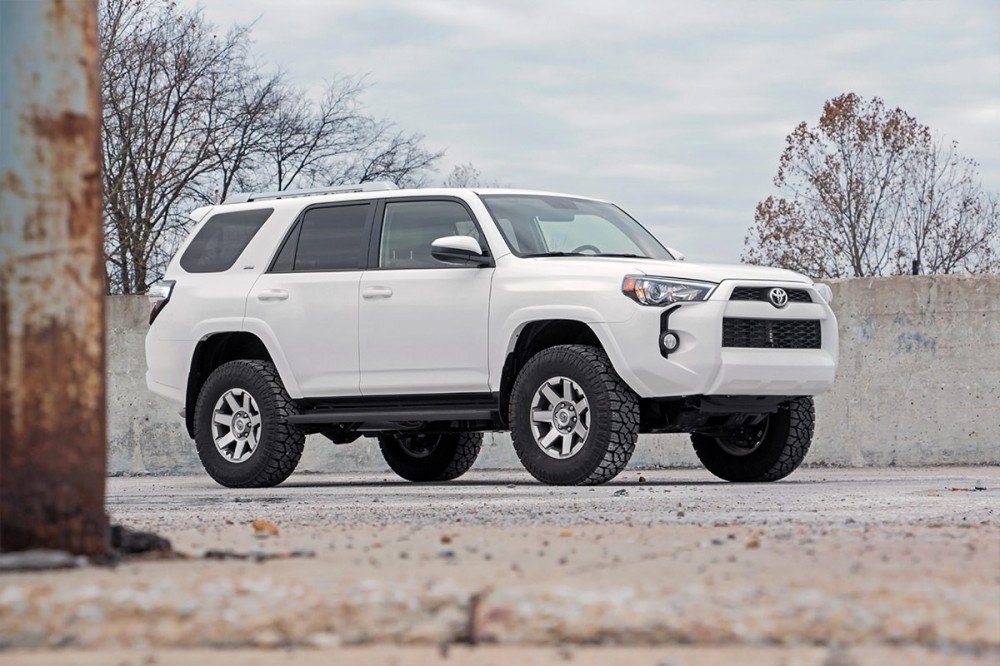 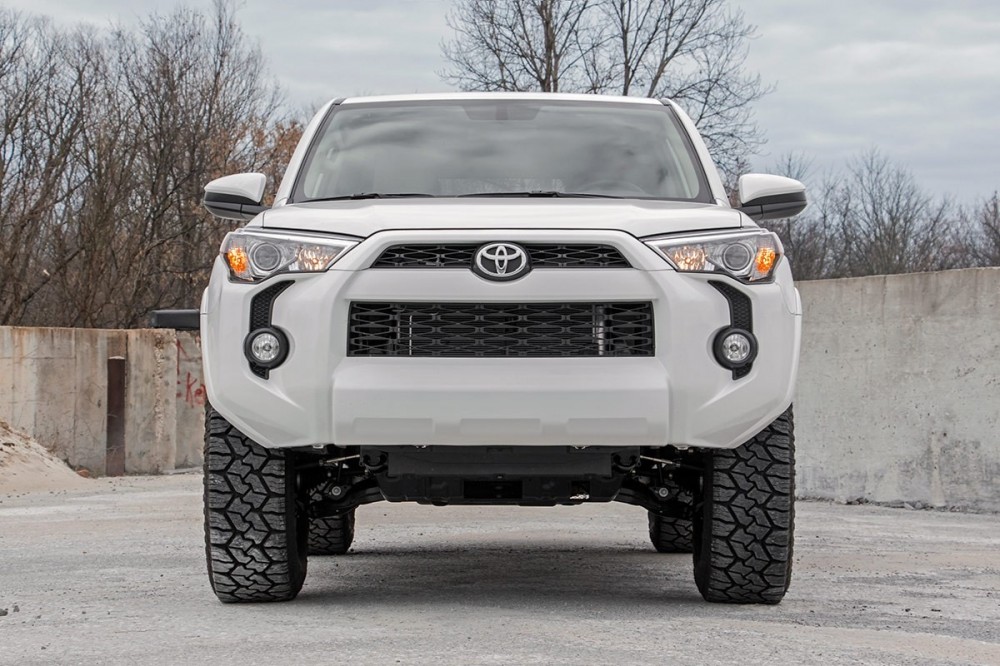 The Toyota 4Runner is one of the best-looking and most capable 4wd SUV's on the market. Transform your Toyota with Rough Country's 3-inch Lift for 10-18 Toyota 4-Runners! This easy-to-install kit gives you increased ground clearance and killer good looks while providing a level look from front to rear.
This kit includes a set of lifted coil spring spacers and strut extensions to provide enough ride height to run larger wheels and tires. A set of rear nitrogen-charged N3 shocks offer an incredible balance of on and off-road ride quality.With a 100% bolt-on installation process, this kit is easy to install in a home garage with common tools. Includes Rough Country's Lifetime Replacement Warranty!

About Us
We are dedicated to helping you find the perfect fitment for your ride while also bringing you the highest quality, affordable aftermarket parts in the world! We are truck and car enthusiasts who build their dream rides with these very products.

Shipping
Shipping times vary depending on item and immediate availability. Many suspension kits will ship out within 3-5 business days while some select items may take up to 7-10 business days. You will receive the tracking information via email as soon as it is available so you can easily track your package(s) from us, to your door. Keep in mind, some suspension components may ship separately and could arrive at different times. All shipping prices are based on the lower 48 states unless specified otherwise. Always inspect your items immediately upon receipt and notify us within 5 business days if there are any concerns, damages, or missing items.