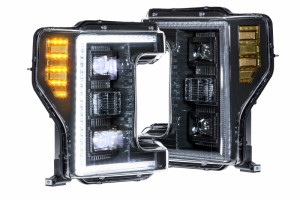 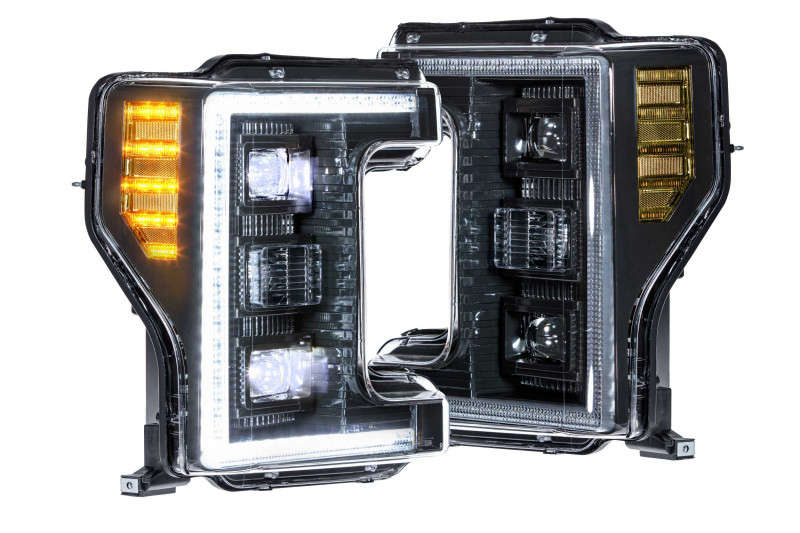 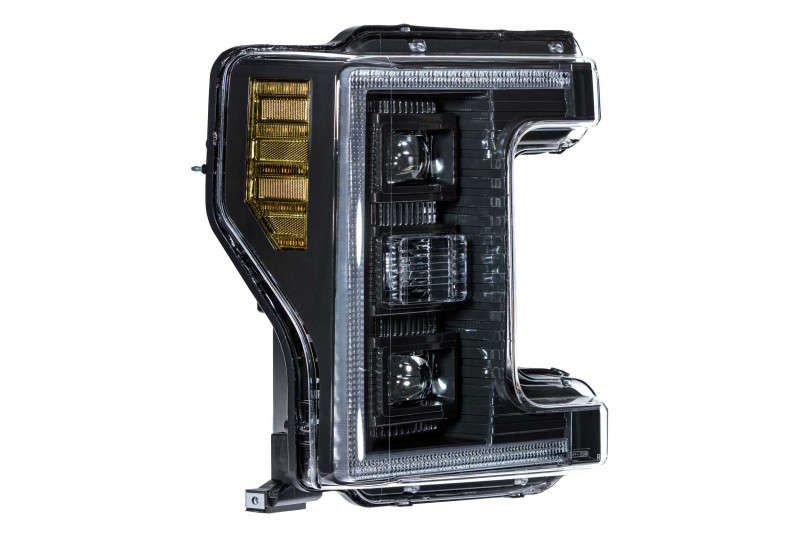 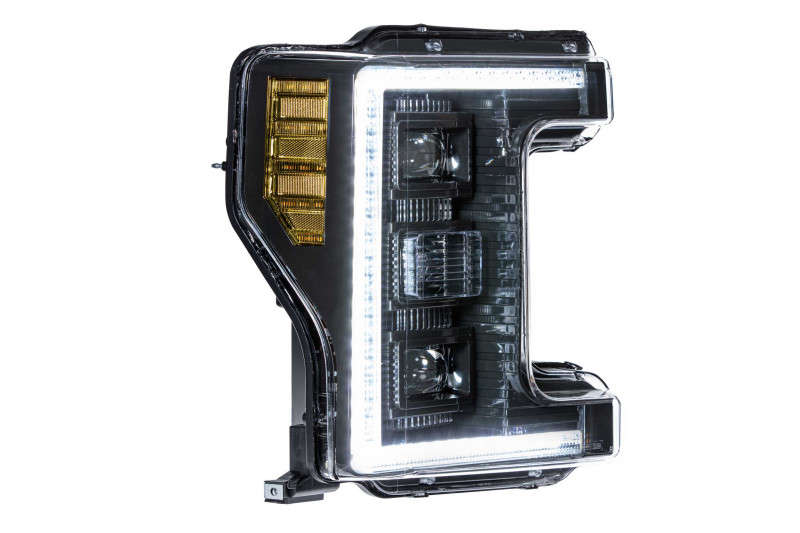 BANG FOR THE BUCK: The new Hybrid XB LED headlights from Morimoto have a design inspired by the 17-19 F250 OEM LED headlights. They cost a few hundred bucks less than the big boy XB's and although they have half the projectors, lets be real, who needs four eight projectors anyways? They do however offer all of the same great features that matter for most of us!
HYBRID SPEC: Using a combination of both LED & Incandescent bulbs (thus, "Hybrid") these offer much of the same amazing features that the original. Their LED daytime running light is still insanely bright, easily visible during the day. The optics used in the DRL are shared with the high-end version of the XB's - which reallly kicks ass because that's a fan favorite for those who are shopping for an upgrade.
INSIDE: The diffuser for the DRL has the same smoked lens, However, they do have an amber LED side marker and of course use a halogen bulb for the turn signal right in the middle. They use the same OEM-grade housing that won't fade or yellow over time.
PERFORMANCE: The XB Hybrid headlights have a powerful, wide, and bright LED low beam projector, and a dedicated LED high beam projector too. Their optics were specially developed just for use the new lineup to produce a killer beam pattern despite the affordable price point.
STREET LEGAL: They're also completely DOT approved. Their LED projector optics meet & exceed all SAE, DOT, and FMVSS108 regulations when aimed properly...which is pretty easy to do using the simple vertical adjuster on the back. These are much more than an upgrade that looks good, they're going to far out-perform most other headlight upgrades you can buy too.
WIRING: These things are designed to work on your truck without any modifications, so if you're not really one for wiring, not to worry. There's only three connectors that are simply plug n play with the factory wiring. One for the low and high beam, one for the turn signal bulb, and one for the DRL.
I DON'T KNOW ABOUT YOU: But we are a big fan of anything that packs a lot of bang for the buck - and these new Hybrid XB's from Morimoto have it all.
Tech Specs: